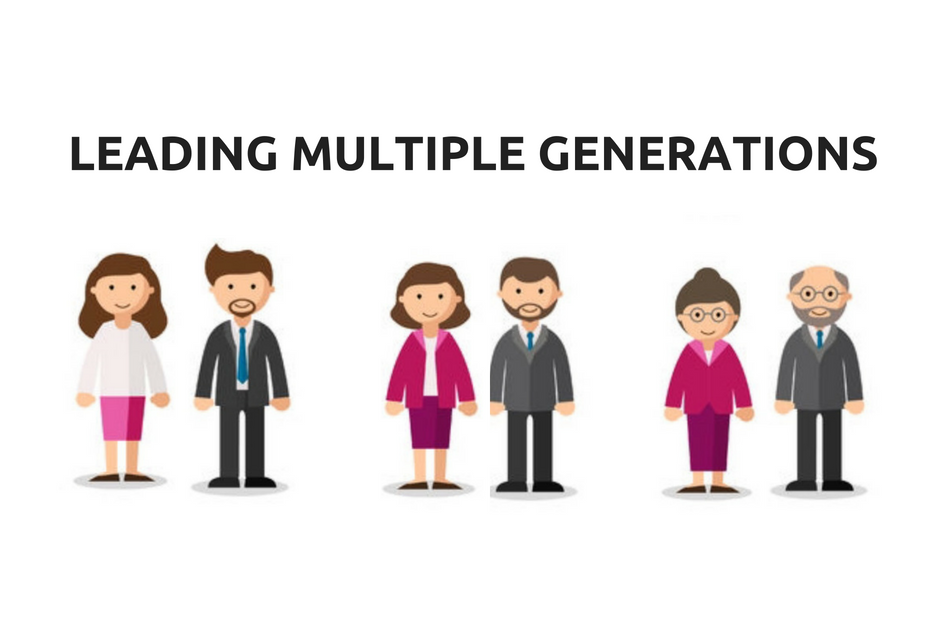 Have you ever experienced being a boss to someone who is so much older than you?

Have you ever been promoted to a position that requires you to lead co-workers who have been with the company so much longer than you?

Or have you been at the receiving end of this situation—being placed under a newly hired manager who is so much younger with lesser experience than you ?

Situations like these are now becoming more common in today’s workplace. Unlike the yester-years when people followed a hierarchy of step-by-step promotions and the older generations were chosen to manage the younger ones, today these lines are blurring. The job landscape is changing.

There are many younger people who are being promoted to management positions at a relatively shorter amount of time. We are witnessing people in their early twenties managing dozens of employees and they haven’t even been with the company for a good number of years. Interestingly, we are also seeing quite a number of people in their late thirties and forties who are re-joining the workforce under bosses in their twenties.

These scenarios definitely bring challenges for all people involved. If people can’t adjust well, it might prove difficult and may cause discord in the work environment. But if people are willing and able to adapt to these situations, it could be a truly exciting and rewarding journey.

The key for a harmonious work relationship across generations is UNDERSTANDING. Different generations of people have unique experiences, motivations and priorities. People from each generation tend to view things differently because their values in life have been influenced by the culture and lifestyle of their time which is quite distinct from other generations. So learning about other generations as well as your own is important if you want to successfully lead people across generations.

WHAT GENERATION DO YOU BELONG TO?

Veterans (1925-1945)
Most of these people were too young to join and defend their country during World War 2 but they witnessed the hardships and difficulties that it brought. Having experienced austerity, most tend to live frugally. Most are now retired or preparing to retire. And there are an active few who have become consultants to capitalize on their years of experience, maturity and the connections that they have built through the years. According to a 2013 study by Frank Magid and Associates, it is a generation that values “duty, teamwork and victory”

Baby Boomers (1946-1964)
The baby boomers generally grew up in an era of renewed hope and prosperity while life began steadily improving after World War 2. Raised to respect authority figures, they believe in hard work, sacrifice and paying their dues to get a promotion. They are loyal to their employer and expect job security. According to a 1999 study by Rath, Baby Boomers “value the chain of command, may be technically challenged and expect authority”.

Generation X (1965-1979)
People who belong in this generation are mostly children of the older baby boomers. During this time, traditional values were challenged by the growing youth. Think flower power, sexual revolution and here in our own country, the movement leading to Martial Law. It is the generation that witnessed the major transitions of society, technology and ideology. It is the generation that used typewriters and got to shift to computers. From analogue to digital, many of these people are now considered digital immigrants. According to a 2007 study by Jenkins, the Generation X “aspires more than previous generations to achieve a balance between work-life.” Many are entrepreneurial. They value independence, autonomy and self-reliance.

Generation Y or Millennial (1980-2000)
People who belong to this generation are mostly children of younger baby boomers.
Their late baby boomer parents, who have been raised by their own frugal veteran parents, went all out and did the best they could to give their millennial children everything that they never had. As a result of this parental excess, there is a sense of entitlement and no-guilt materialism. When it comes to technology, this generation are considered digital natives. They are tech-savvy, confident and adaptable to change. According to a 2006 study by Crampton, “They are also purported to be entrepreneurial, and as being less process focused.” They value connectivity, training and flexibility for a more balanced life.

Generation Z (2001-2012)
If the millennial generation is tech-savvy, we can only imagine what the generation of the future will be like. Generation Z are mostly children of the Generation X-ers. Having two Gen-Z babies myself, I am amazed by the intelligence and advanced development of this upcoming generation. They are still being moulded and as the future of our world, I pray that they will be a blessed and evolved well as a generation. The best to come…

HOW DO YOU MANAGE & DEAL WITH THESE DIFFERENT GENERATIONS?

The best advice that I have heard on this subject came from our keynote speaker in the HR Leadership Conference. Mr. Jose Decolongon of SGS summed it up in one word: RESPECT.

If you find yourself as the boss of people who are much older and more experienced than you, it is wise to respect them and listen to their wisdom which can only come from real-life experience. Seek their counsel and advise, the older generation will be flattered that you care about their opinions. They will even feel protective of you if you show them the respect that they deserve. Harness the older generations combined skills, experience and network; you will be surprised at how valuable these can be.

If you are from an older generation and you’ve been by-passed or put under a younger boss, it would be best to take the high mature road. Try to put yourself in the shoes of your young boss. Try to understand where he is coming from. Young people are exciting, dynamic and will make you younger too. But they may not yet be mature enough given the lack of experience. So be there for your younger boss. Be a kind and understanding mentor if you will. And more importantly, respect your younger boss. At the end of the day, he or she is still your boss—an authority, regardless of age. Your boss was given a challenging responsibility to lead and manage people across generations. So give the kid a break. Help him or her reach his fullest, glorious potential. As the saying goes, if you can’t beat them, join them.

RESPECT AND UNDERSTANDING—these are the keys to leading people across generations successfully.

We are happy to announce that Businessmaker Academy & HR Club Philippines will be holding a two-day seminar workshop on Leadership for Millennials.  Book a slot for this exciting and helpful seminar.

Note:  This article was originally published at Manila Bulletin Newspaper.